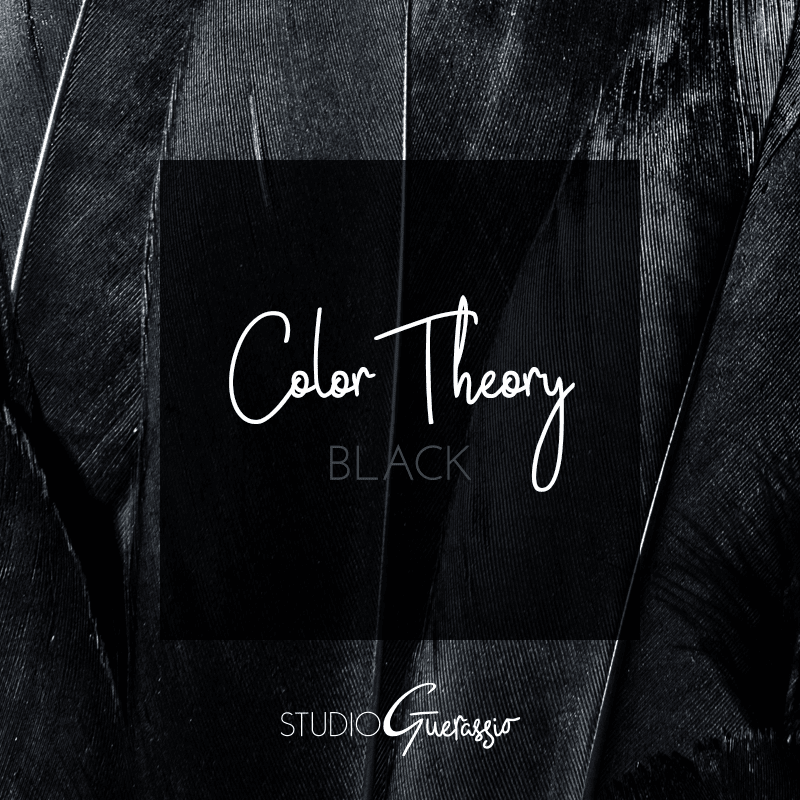 “I’ve been 40 years discovering that the queen of all colors was black.”
— Pierre-Auguste Renoir

Black is the ultimate dark color.

Or really, the complete absence of color or complete absorption of light. It contains no shades in its purest form, but is required for all other colors to have depth and variation of hue. It was one of the first colors used in art, when neolithic cave painters used charcoal to adorn rock walls. It’s also one of the four primary colors in the CMYK color model (the K for Key). Black is a color that works in almost any design- it adds contrast and makes other colors stand out. Because of this high contrast, black ink on white paper has long been the standard for printing books, newspapers and other documents. For the same reason, it’s also the most common combination used on computer screens.

Black is full of opposites, too. On one hand, it is a slimming color: as clothing it will make a person appear skinnier, and as a paint color will make a room look smaller. Conversely, black also implies weight: people will think a black box weighs more than a white one. We also see this dichotomy when it comes to representation of people. As the opposite of white, it’s often used to indicate the villain in stories, and is the stereotypical color that lonely or antisocial people wear. But, on the reverse, the color black is also strongly associated with sophistication and power- tuxedos, limousines, judge’s robes, and priests’ attire are all typically black.

I’ve personally always been a fan of black just for its versatility- both in my wardrobe and in my designs. It can be paired with anything, making it the workhorse of the color wheel as far as I’m concerned. It’s useful to evaluate the strength of a design, too, particularly a logo; if it works presented only in black, it will work when color is added. Though of course sometimes no additional color is needed, such is the strength of black on its own.

If you want to see some examples of the many ways it can be paired and used, check out my neutral color board on Pinterest.

What does black make you think of?