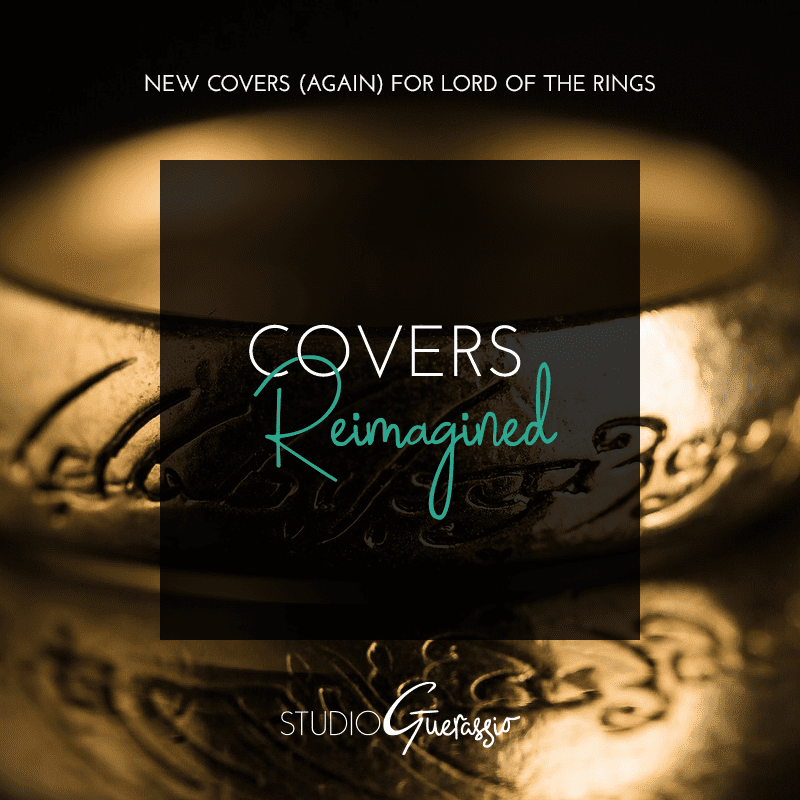 Awhile back I did a take on new covers for The Lord of the Rings epic fantasy trilogy (you can follow that link to see what I came up, along with some design reasoning and a quick summary of each book in the LOTR series). It was a fun experiment and a good exercise in using type and negative space as design elements. And though they ended up looking pretty cool, I was never completely happy with the final covers. So I decided to have another go at them.

For this new take on the LOTR covers, I wanted to see if I could rework the elements I already had into a new design. So if the first set of covers was bold and textured, this set is minimal and restrained. Think of them as dwarves vs. elves interpretations. 😉

Here, then, are the redux covers by yours truly for The Lord of the Rings trilogy: 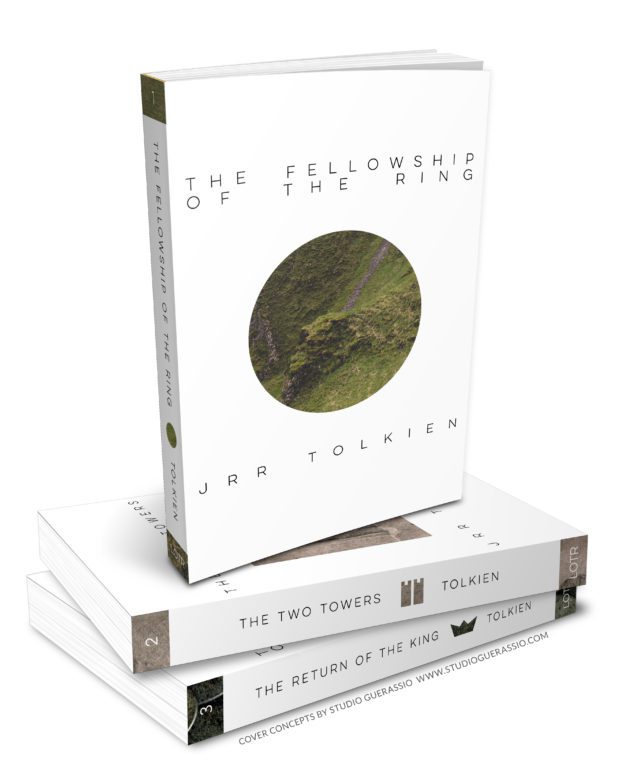 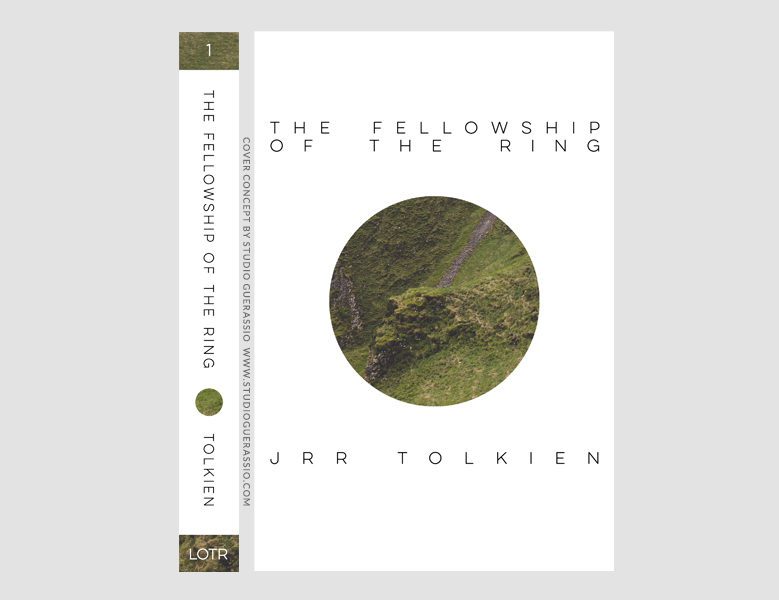 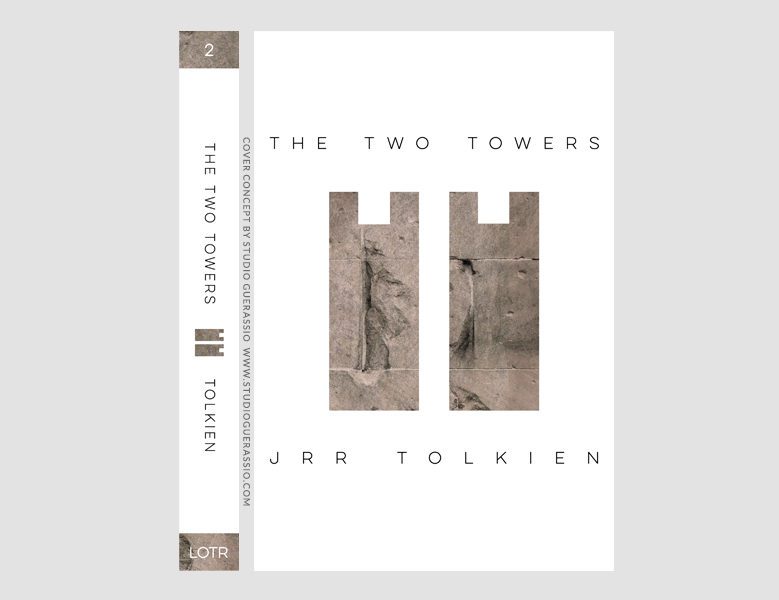 As you can see, I basically did the opposite of what I did that last time. I’m still using the same photos, and the same icon shapes, and even the same typeface. But now the icons are solid, the photos only shows up inside of them, and the type has been simplified. I’d probably get yelled at by a publisher for doing a solid white background, simply because on bookstore shelves they show every smudge and crease. But for the minimal look I was aiming for this time, white was the only real choice. Any other solid color would’ve been too overwhelming or heavy compared to the other elements.

I’m quite happy with how this second attempt turned out. It’s not a complicated setup for this batch of LOTR covers, to be sure. But simplicity is often the better path in design and I think that’s true here, too. White background aside, if this was shelved amidst all of the other fantasy books at the bookstore, I think it would stand out. Not that ol’ JRR needs my help selling these. LOTR is well established by now, and you really only see those dratted movie version book covers any more. At the least, my covers are an improvement on those. [/bookwormgrumbles]

What do you think? Do you prefer my first attempt at the LOTR covers, or this latest take?