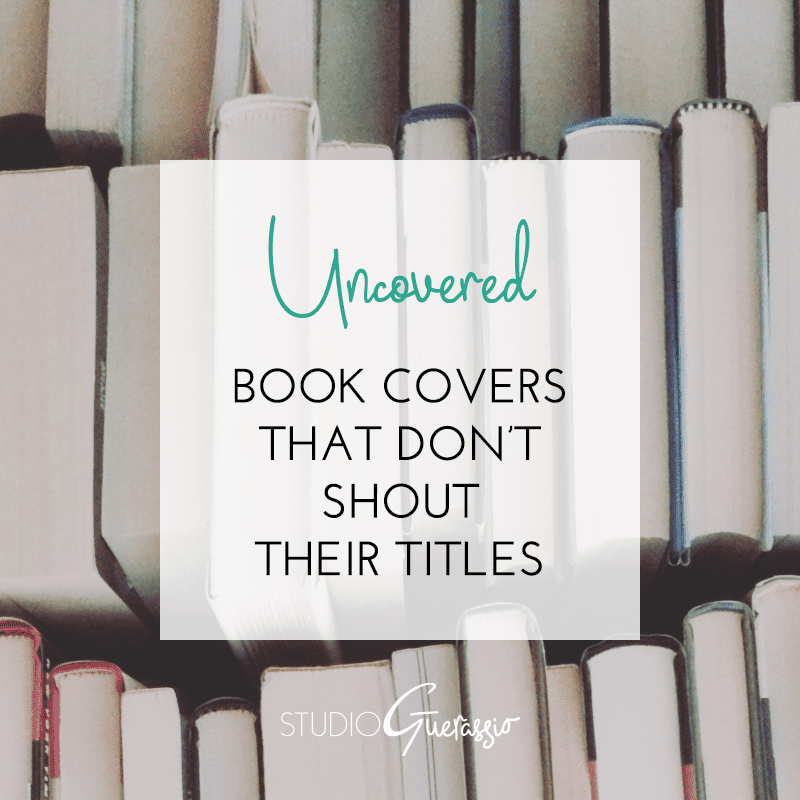 One thing I’ve heard some authors and even other book cover designers say is that the title of the book should be the largest thing on the cover.

“It needs to be readable when it’s shrunk down to thumbnail size on Amazon” is how it’s usually phrased. It is a very common cover tactic, resulting in the title set in large type, ready to grab your eye before anything else. I don’t disagree with this approach, per se; in many cases there’s nothing wrong with that and it works beautifully. But I don’t believe it’s a hard and fast rule. Take a look at the following book covers:

It becomes clear looking at this small sampling that having a cover where the title isn’t SHOUTED at the reader (and in some cases is even unreadable at thumbnail size) isn’t an obstacle to success. A good handful of these even made the bestseller list. And this approach works across the full range of genres.

Speaking as a reader and not just a designer, I am much more intrigued by a cover that stands out by doing something different or unexpected rather than just yelling at me from the store shelves. But that doesn’t mean you should just make the title tiny without any other considerations.

You can get away with a cover where the title doesn’t take place of prominence in two scenarios:

The people who fall into #1 make up a pretty small group, relatively. But the good news is that ANY author can be in group #2, provided they have a good designer in their corner (ahem).

What do you think? Do un-shouty covers grab your attention?

Are you an indie or self-pub author in need of an awesome cover for your new book? Step into my office.