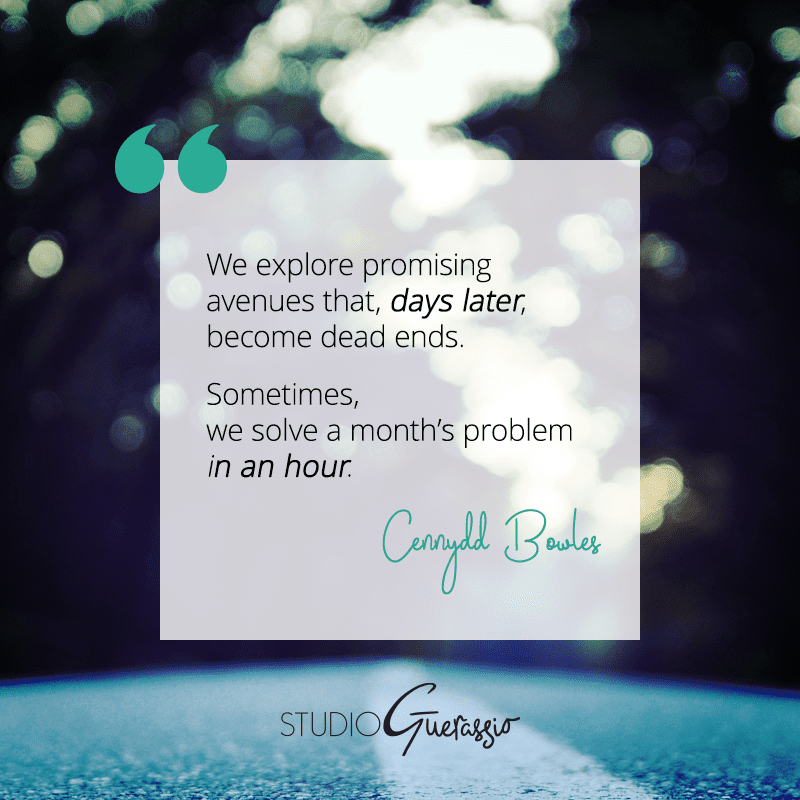 On Creativity and Time in Design

You many have noticed that I don’t charge by the hour or even list an hourly rate.

I prefer to work on a flat fee basis. I have a lot of reasons for this, not least being that it lets both parties know exactly how much money will be changing hands. No billing surprises tends to make clients happier, and hence me happier.

And of course there’s the argument that projects should be priced based on their value to a client, not on hours spent.

But there’s also another reason.

Trying to estimate total hours on a project is a crapshoot.

The plain truth is that sometimes even professionals don’t know precisely how long something will take. The perfect burst of creativity and inspiration may happen in the first 5 minutes, or 5 days from now, or 5 weeks. To be sure, there will be ideas coming up and concepts being worked at in the meantime. Expertise comes into play in knowing the difference between the throwaway concepts and the inspired ones, and recognizing when the latter happen. Maybe also a bit in maintaining a work environment conducive to letting those flashes happen, but creativity is not really a force that can be controlled. You can show up every day and do the work, but that only increases the likelihood of good ideas occurring, it doesn’t guarantee it.

I’ve been doing this long enough that I at least have a rough idea of how long something should take. I rarely take longer than the estimate. More often I stumble on that golden idea much more quickly. And to my mind, the years spent building up the expertise to recognize and build off of that idea should not be disregarded just because creative lightning hit in the first hour. A designer should not be penalized for doing a job really well just because it was also done quickly.

There is more value in design work than just the time it takes to create. Using flat fee pricing for projects ensures that both the designer and the project receive what they’re worth.

Whether you’re a freelancer yourself or someone who hires freelancers, which do you prefer: hourly or flat fee?